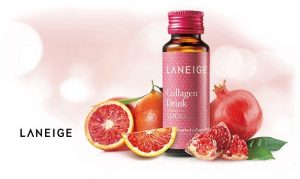 Laneige promoted their new Collagen Drink with an animated PageSkin, the campaign messaging and product imagery clearly viewable in the header and scrolling sidebars.

The PageSkin creative wrapped around entire web pages in a takeover style, enabling the Laneige to ‘skin’ multiple high-traffic web pages with a single booking. 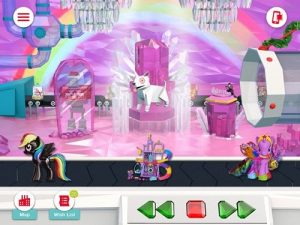 Target developed an app with a 3D animated game-like experience letting kids build wish lists and send them to Santa. This case study looks at how the US retail giant generated nearly 75,000 downloads.

Include the video in the case study, this is the code <iframe src=”https://player.vimeo.com/video/140631883″ width=”500″ height=”375″ frameborder=”0″ webkitallowfullscreen mozallowfullscreen allowfullscreen></iframe>

Target wanted to enhance its Holiday Kids Gifting print catalogue and upgrade the tradition of wish-list making to create a multichannel wish list experience for moms and kids.

The overall campaign goal was to make Target and Target.com the preferred holiday destinations over competitors such as Toys ‘R’ Us and Amazon.com.

The brand developed an app with a 3D animated game-like experience in which kids could build wish lists and send completed lists to Santa.

The app also had an augmented reality function for in-store wish-list making.

The Target audience for this campaign involved two groups: mothers and kids.

The brand focused on “Millennial Moms,” who were not defined strictly as Millennials but as digitally-connected Mums with children in the preschool to tween groups.

The experience would leverage Target Registries technology so that lists could be shared in-store and online, and also update automatically as items were purchased, in the same way that a wedding or baby shower registry would work.

The solution was a dual mobile app experience, half of it a fun and engaging list-making game for kids and the other half a clean, simple interface where mothers could organize, edit, and share the lists.

In the game experience, kids were invited to visit the Target Toy Factory with Bullseye, Target’s holiday mascot, which featured 3D-animated rooms, avatar characters, drag-and-drop wish list creation, a letter to Santa, and even an augmented reality experience launched by the Target Holiday Kids Gifting catalogue.

Once lists were created, parents had secure access to their kids’ lists that allowed them view, edit, and share lists with friends and family. And, since the wish list was backed by Target Registry functionality, lists were also searchable in-store and on Target.com, and gift purchases could be removed from the master list throughout the holiday season.

The Target Wish List app was promoted through other channels of Target’s holiday marketing, primarily the Target Holiday Kids Gifting print piece, and through in-store promotion of the app, social media, special event promotion, and PR.

There were some adaptations made in real time throughout the holiday season to reflect the latest trending toys and update inventory and pricing, and to release Deal-of-the-Day and other money-saving promotions.

The app included an augmented reality experience, in which kids could scan pages of the Target Holiday Kids Gifting catalogue and add items from the page right onto a digital wish list.

The AR animation showed toys being “sucked” into the toy tube and into their Wish List Headquarters in the same way that toys in the digital factory were added to the list.

The AR experience also included a scan of the catalog cover, after which the child could see his/her avatar character come to life, and a special message with his/her name scrolling across the catalogue cover. Though the app was released in limited distribution for its initial launch, the data collected from users proved that it was a success.

The average wish list was comprised of about 30 items and had an average value of $1,500.

Over the course of six weeks from app launch to the close of the holiday season, nearly 1.7 million total items were added to Target guest wish lists, for a total sales potential of $92.3 million. 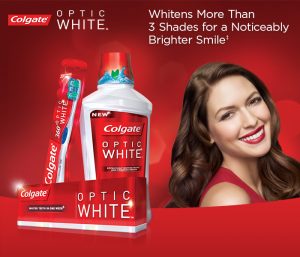 When Colgate India discovered that 47% of the total population in India had never visited a dentist, they decided to launch a nationwide oral health awareness campaign – Oral Health Month. The programme offered free in-clinic dental check-ups, and to boost awareness Colgate launched the “Spreading a million smiles with a mobile” campaign.

Market research firm GfK Mode conducted a consumer study into oral health in India, which revealed that 47% of the total population in India had never visited a dentist, and that the 38% of people who had only did so when they had a serious dental problem. The study also concluded that 90 percent of respondents would take advantage of a free dental check-up if given the opportunity.

Oral Health Month was created by Colgate India in association with the Indian Dental Association to spread awareness of the importance of good oral hygiene through free dental check-ups.

The aim of Oral Health Month was to provide easier access to dental check-ups while also identifying and preventing oral health problems, such as cavities, before they became serious.

Oral Health Month provided free in-clinic dental check-ups in over 1,300 cities and towns all over India as well as in mobile vans which went to schools, housing societies and to remote areas.

Colgate India used mobile marketing, due to its popularity in India to raise awareness of the free, local check-ups and encouraged people to not only go for themselves but bring their entire families too.

A mobile number was promoted across mass-media touchpoints in India such as TV, print, and retail to provide information on the nearest free dental check-up centres. In order to receive more information, a consumer just had to give a missed call or send a text with a PIN code to the mobile number.

After giving a missed call, the caller received a call back from Colgate via an interactive voice response system (IVR) that requested that the caller take a “healthy mouth pledge” for their entire family. The caller was then asked to enter a PIN code, to receive a text with the details of the free dental check-up centres nearby.

Colgate also set up geo-targeted campaigns on Facebook in and around the areas where there were free dental check-up centres. Hyper-targeted ads appeared in the Facebook newsfeed of feature phone users. Colgate embedded the missed call functionality within the ad (with a click here to miss call button), so that consumers didn’t have to leave the Facebook environment.

This meant that when a consumer searched for a topic relating to Oral Health Month or dental check-ups, the address of the nearest free dental check-up centre appeared in the text ad at the top of the Google search results page on their mobile device.

For people in media-dark areas, Colgate used outbound voice calls which were linked to an IVR system.